Hey hey hey! I am typing this post about Russia on the very last moment, already flying from Moscow to Paris. Then I will most likely have no internet for about a month. Even if I find it on the bottom of the ocean (I can, you know me), I hardly doubt it will be fast enough to upload new posts. So the blog is probably going to be resting until the end of September. Anyways, we’ll see. I will try to post as soon as possible 😉

Now a short review of my trip around Russia. Flying from Barcelona to Samara takes much longer now as we couldn’t fly over Ukraine. But I still like all those routes when I recognize the familiar cities. Hello, Cannes!

My first stop was parents’ place where I reunited with my best friends Polina, Daria and Ksenia. It is VERY rare that all four of us find ourselves in the same city at the same time. I can’t even remember such occasion since high school years. Usually we catch up in groups of at most three of us in different places: pretty much anywhere, from Ibiza or Barcelona to Italy; from Togliatti to Saint Petersburg; from Vienna to the mountain valleys. I can’t even describe how much I value all those meetings.

Parents’ place, family dinners that turn into night swimming with floating wine glasses all around the pool; car racing around hometown and endless stupid but hilarious jokes that only we understand. Yes, please! 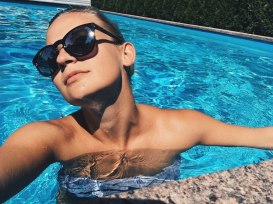 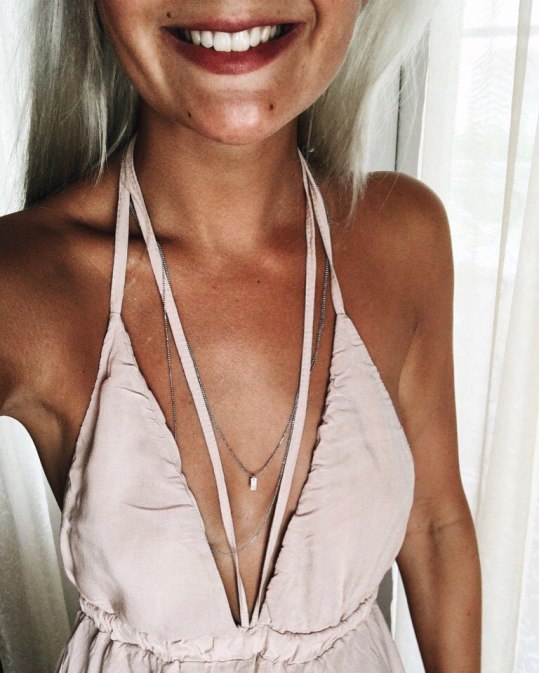 Even cooler is our tradition to travel to Saint Petersburg all together after having met in hometown. It has been happening this way for couple years already and I absolutely love switching the city but staying with the same drinking buddies. Another cool news is that Ksenia is moving to Saint Petersburg now! So, even more reasons to come back! Like if I needed reasons.

So, Saint P was the next stop.

My favorite city in Russia, forever. No other place like that in the whole enormous country, I bet. For those who don’t follow me for that long – I used to live there. Having moved to Vienna 4 years ago, I already lost the connection I used to have with the city. All the feelings seem to be very far away and rarely strike me with some weird deja vus; most of the places I used to call mine aren’t there anymore. But what I find fascinating – the people still are. I have some kind of strong friendship with all my friends who live in Saint P. And I am always very happy to see all of you, guys, no matter where life brings us, we seem to always stay on the same vibe. 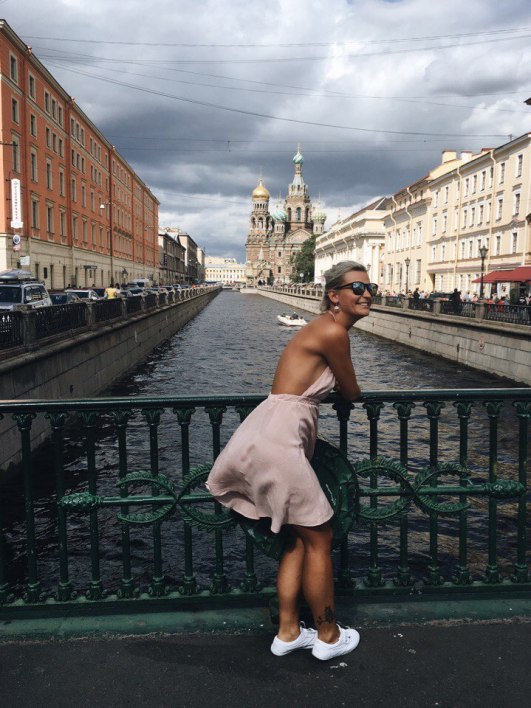 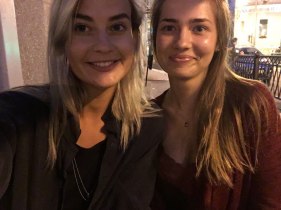 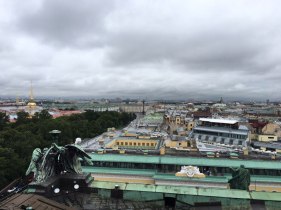 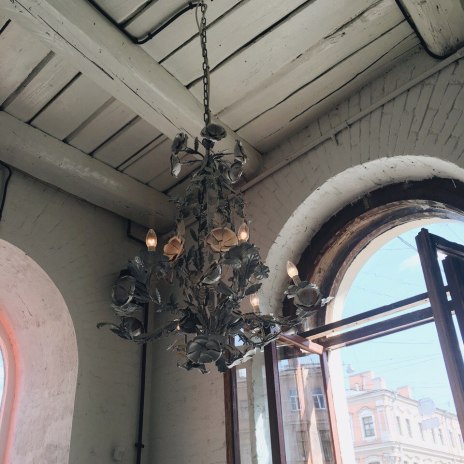 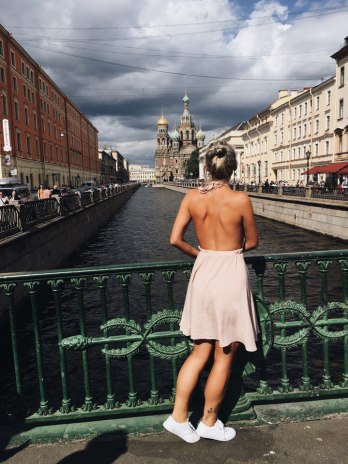 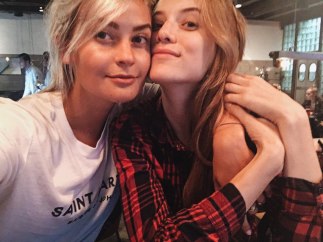 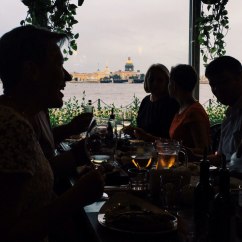 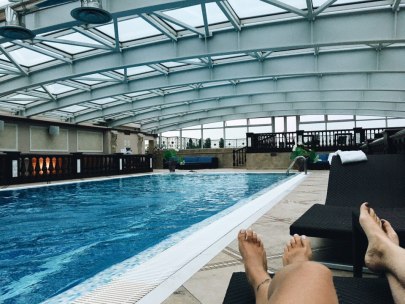 Last time in Saint Petersburg I wrote about the new places that caught my attention. This time we explored some locations as well, I can recall Bekitzer, Rubinshtein cafe, Buddy, Mickey and Monkeys and Zoom. All were decent, especially for the current situation with embargo in Russia. But honestly, nothing amazed me that much. It’s good to see that the city isn’t dying like many Russian cities now, but nothing that much exciting has popped up in my opinion. I am really looking forward to the next visit because the New Holland, place that I used to love when being a resident, is opening up very soon! Unfortunately I won’t see it, but at least there is something to come back for other than my amazing dudes there.

Weird weather changes, strange but friendly people on the streets like Dumskaya; shiny beautiful houses which look like small palaces; making it to the other side before the bridges go up… This is all so Saint P. And we love it! This time even our parents joined us there later, so the trip was absolute fun.

My last destination was Moscow.

I am not a fan, the city is very hard for me to understand and deal with. But it has become much more comfortable to come there since my sis had moved to the capital. Now it’s always a pleasure to text her that I am gonna stay over and be sure that I will have the warmest host ever.

Her fiancè picked me up from Sapsan, took my suitcase that looks and weights like a small coffin during this 3-months trip and drove me to the very center where I met with another very important person – my classmate Ira. So many people have moved to Moscow, that’s unbelievable! I am just very grateful to stay close with my elementary school buddies and always feel like we never parted when we sit next to each other sharing stories and laughing like crazy.

I also met Rustam – FLEX crew power forever! And the rest of the weekend was devoted to family fun with my sis aka eat and drink at as many places as possible. I like this shifting around the places from one cocktail to another kind of leisure! She showed me around a lot; I liked TimeOutBar the best.
Well, Moscow is definitely gorgeous. No crisis there at all. All rich and shiny; fresh flowers literally covering it all. Fabulous, of course. I have a lot of different thoughts about the Moscow phenomena though. But it doesn’t matter here, as a tourist you simply enjoy all the beauty and fairy tales around you! 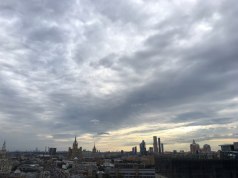 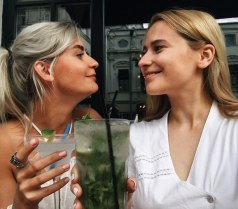 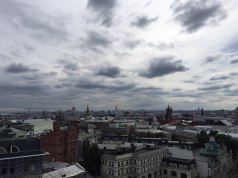 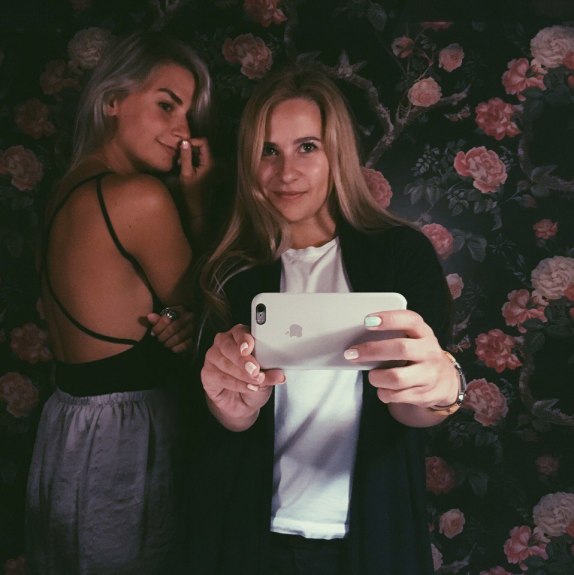 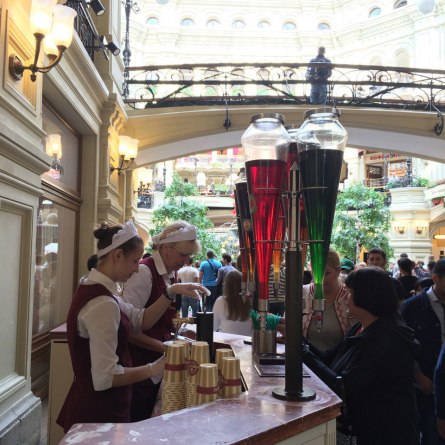 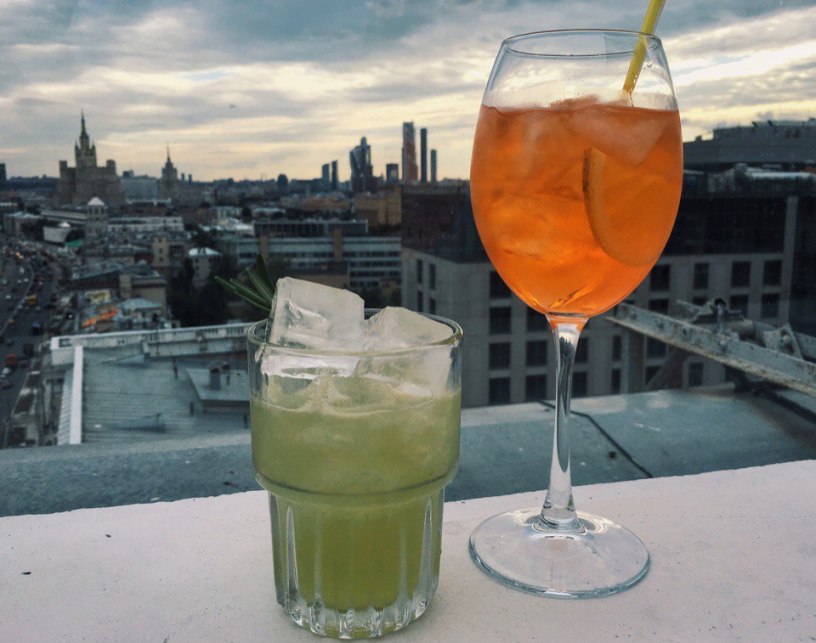 So, that was it for now with Russia. Earlier today I got on the connecting flight to Paris where I am expecting a huge plane that’s gonna take me to an amazing adventure around Cuba and Mexico.

Thanks again to every single friend and relative of mine for making trips home so joyful. See you soon!